Our pictures are finally up on our bedroom walls.  They have been waiting patiently and quietly for a while now and it's so nice to be able to see them when we wake up in the morning.
About seven years ago, David and I went back home.  To our wonderful, beloved Cyprus, the place that is home to us.  It's where our story began, when we were young teens, where we lived next door to eachother, went to school and met.  Its one end of our rainbow.  While we were there, we delved back into our childhood and revisited memories that have remained vivid and fresh.   Almost like uncovering a dream that had been shrouded for years...peeling back the covers one by one.  We literally stumbled across people who we had known long ago, little slithers of our past that were almost exactly as we had left them.  Teachers who still worked in our school, friends who we bumped into in the same sailing club, the same Tavernas, and who had managed to cling onto the life that we had left behind years ago.  It was surreal. 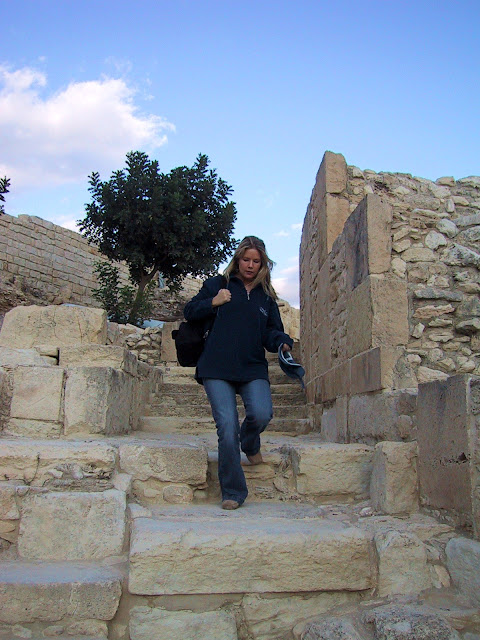 At a Tavera at Latchi 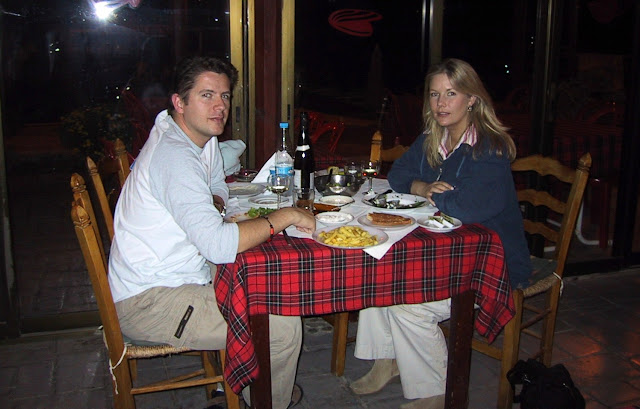 Episkopi Sailing Club Marina on Tunnel Beach.  The day that we went back, and sailed in the rain with Rick Clarke, just because it made us laugh.....to be 16 again! 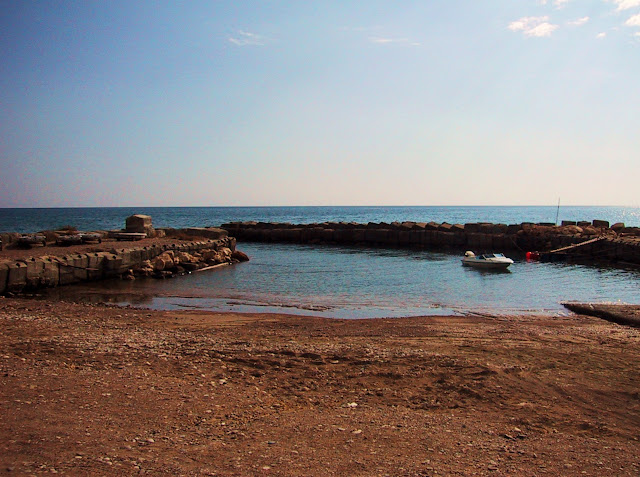 One afternoon whilst at the Episkopi sailing club, on Tunnel beach, we 'stumbled across' two of our old Teachers.  And by old, I mean that they had taught us as youngsters, not that they appeared or seemed old at all, because they did not.  I used to frequently babysit their kids as a teen, and I can still picture the inside of their house, including details.  Their daughter was my youngest sisters best friend and she was often at our house, back then.  A sweet natured, sunny, delight of a girl with freckles and vibrant red curls, and her younger cheeky brother, Sam.  Sarah and Charles Beale were standing there in the sailing club, sharing a drink with friends - just as we'd left them years ago, it didn't seem real.  They were the same people I had known, but different.  Far more chilled out and with more of a hippy artistic vibe then I had remembered.  I think though, that they had always been that way, I just hadn't really seen it back then.   Now we were all adults, all on the same page and details that I had overlooked before, seemed so much clearer.  We soon all got talking and a few days later, we  found ourselves at their house for more catching up.  No more married quarter for them, they were in a gorgeous,  little gem of a house, nestled in the middle of a typical Cypriot village - it really seemed like a little piece of rustic heaven to me.  And hung on their walls were the most beautiful, vivid, striking pieces of artwork.  Some done by Sarah, some by Jessica who has inherited her Mums fantastic eye and talent.  Even better then that, most of them were of our beloved Island, our home and we were lucky enough to take a few of Jessicas prints away with us.  They've travelled around the world with us a few times, lovingly boxed and un-boxed.  I'm so glad that they are finally in a place where we can see them.  They inspire us to keep dreaming our dream, the one that will eventually find us back home again.

This one is my favourite, because it holds so many memories, its where I hung out with my friends, where I swam, where I socialised and where David learnt to sail and then eventually became part of a team of instructors who helped teach others to sail, including Jessica and Sam. 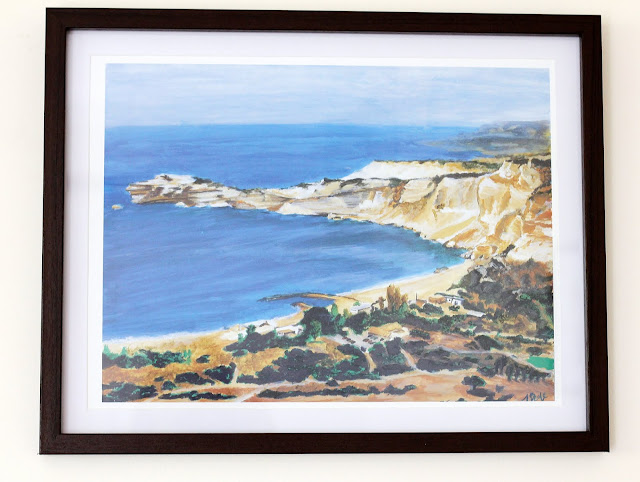 I wish I could remember where this was exactly, it does seem so very familiar! 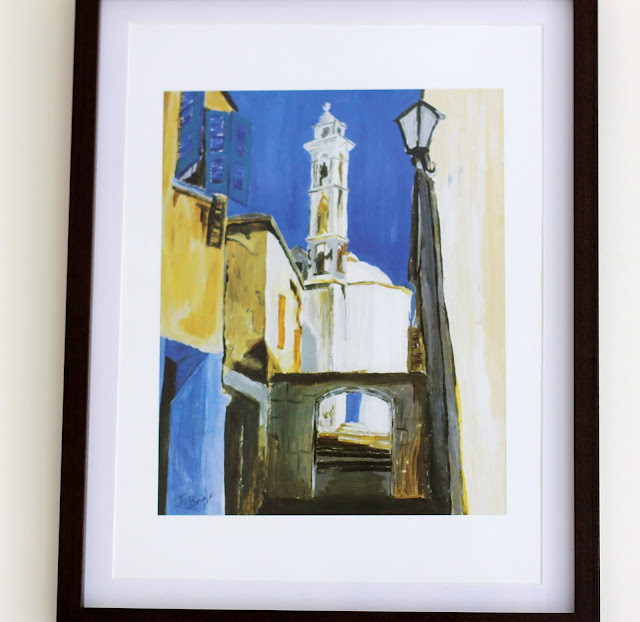 To all of us who lived this life, who went to St Johns, lived in Episkopi, Akrotiri, or Limasol, who sailed and swam on this beach and who I knew back then...I'm so glad I have you all to share these memories with.  They will never leave me and I know that most of  you all feel exactly the same.

http://www.angelfire.com/sc/isycjromer/
Posted by Emma at 1:51 AM