I have been putting off writing about her for the longest time.  Not because she's not worth my time. Not because I can't think of what to say. Not because I don't love her. But because I do.  And because the feelings and emotions that I have about her are probably the hardest ones to describe, the most painful, the saddest, the happiest and the most raw.  Most days, I get on with my life.  I don't dwell.  I want to live in the moment and not worry about what was or what is to be.  Some days though, I falter and from there, it all just comes tumbling down.  The good, the bad and the ugly.  Those days are cleansing, theraputic and torturous all rolled into one emotional giant ball, and if I'm not feeing strong at the beginning, I come out of the other end in a bit of a wreck.

She was born almost 20 years ago.  I was a naive, optimistic, very young girl, who had thrown myself into marriage, and motherhood in my usual tempestuous way.  She was the only planned baby that I have ever had and I couldn't wait.  The whole nine months I spent imagining my baby.  Girl or Boy?  Would I be able to cope?  Would I be able to endure birth? Would I be a good Mother?  I was in a constant elated state and ten days after my due date, on 1st November 1990, she was finally ready to be born.  It was a very long and hard labour for such a young girl, still only 20.  I went for about 19 intense hours with no pain relief and despite my determination to continue on in this way, Doctors stepped in, when I was dipping in and out of conciousness.  Thankfully they realised what my young mind could not, and gave me a dose of pethidine to see me to the end.   Still in shock, but relieved it was over, I remember looking down at this small bundle in my arms.  Somebody had said girl I think, and I was still trying to focus on her face and register the fact that she was mine.  So different to the baby I had imagined in my head.  Who did she look like?  I couldn't recognise her at all.  Confusion was clouding my mind and the first few hours of my little ones life I was numb.  In the very deepest darkest part of my mind, there was a sound, a vibration, like an out of place music note, played slightly off pitch.  Over and over, so low and quiet, but constant.  Was I the only one who could hear it?  Not my husband.  Not the mid-wives.  Not the family who came to visit.  Happy faces on them all, and I felt guilty.  It was me.  I wasn't going to be a good mother after all.  This was not how I had envisioned this scene, over the past happy, oblivious, cosy nine months.  Everyone had gone and I lay awake, watching her.  Please let me feel something.  Please let me be normal.  Let the emptiness in my heart, fill.    Slowly tears rolled down my face and I began to thaw, a little.  Watching her tiny long fingers curl around mine, I began to see her, just her.  She was so perfect.  Like a little Eskimo child - dark long hair surrounding tiny features and the most perfect eyebrows that I had ever seen on a baby.  But, I could still hear the music, it was not in tune, and although I didn't know it then, it would stay with me for a long time. 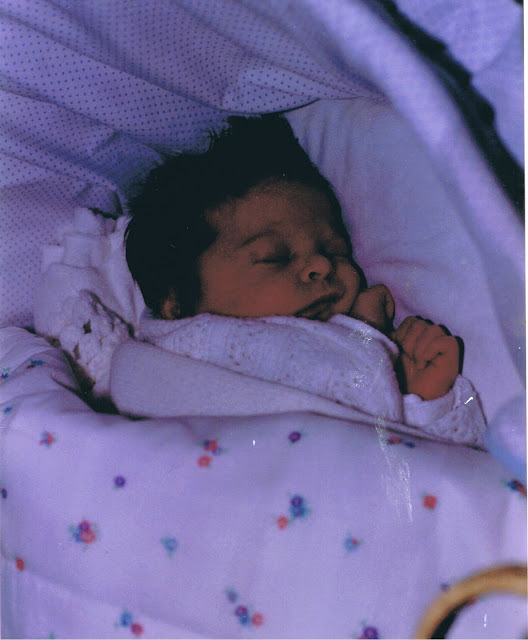 Libby received a formal diagnosis aged 17 months and after we had spent 6 weeks thinking that she had a disease that she would not survive beyond the age of 5, it was still hard to hear.   It was one of the most gruelling times of our lives.  Her Dad cried and screamed to the world that it wasn't fair, it wasn't right, and I just remained silent.  I went very still and quiet and comforted him, looked after my two babies, and continued on.  Not a great big shock to me, that my perfect little girl had a chromosome defect, that was so rare, it didn't even have a name.  I felt so betrayed by the world that should have heard me.  How many times had I questioned my GP?  How many midwives had I queried?  How many times had I asked others?  Just one very young Mother who seemed to have been dismissed so easily and quickly, as though I wasn't old enough to understand yet.   This was a path that changed me from here on in.  It was the last time that I would allow myself to be guided, where my children were concerned and it was where I changed from a young girl who thought I could do it all, to a young girl who actually could.  The music stopped.  I knew what I'd always known.  That my girl was special. 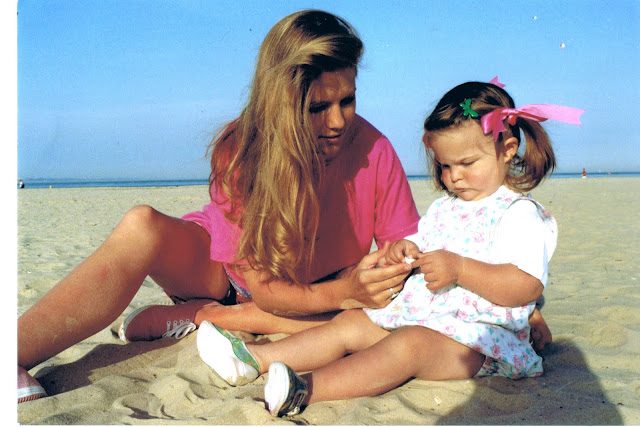 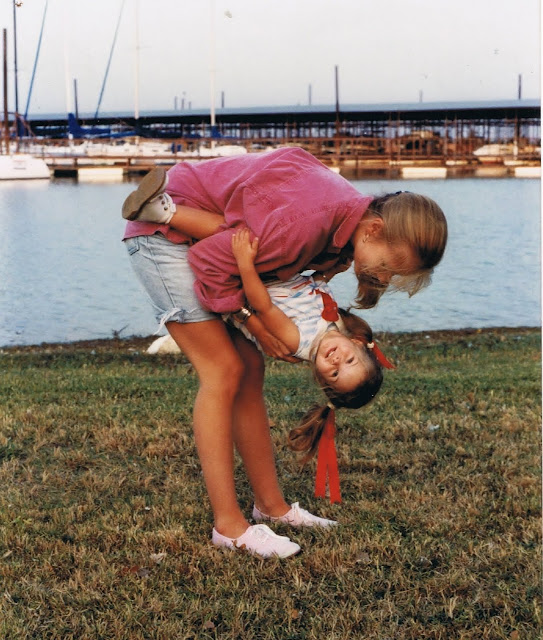 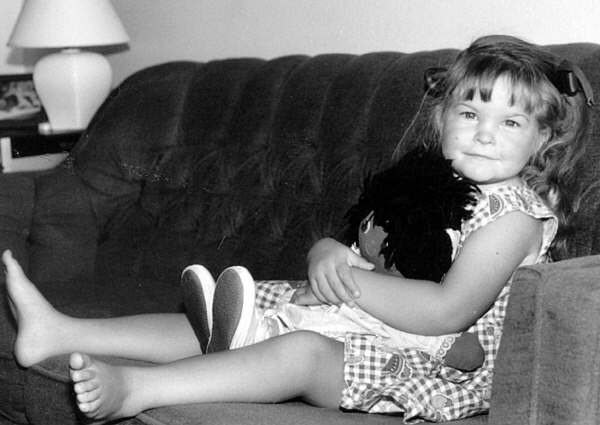 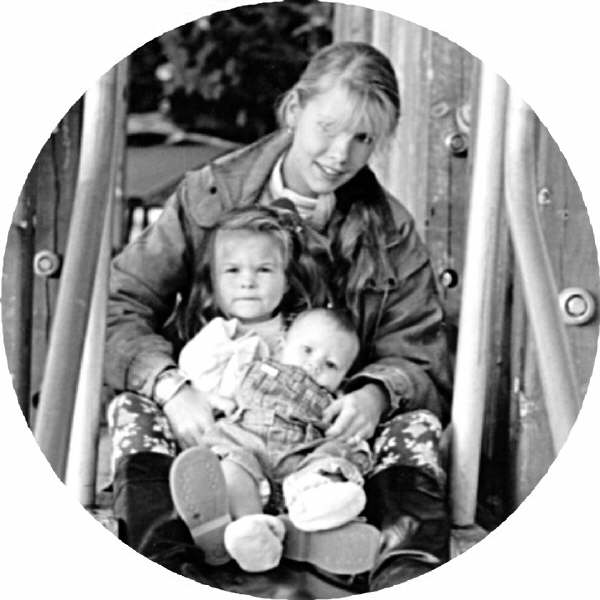 The therapy started and we threw ourselves into it.  4 days a week I spent, taking her to special classes.  She walked at 17mths, although it was still very hit and miss.  She would stumble in her Piedro boots, laced up to her ankles for support, fall over and then get up and go all over again.  She had no idea that she was different and we weren't about to tell her.  Such a determined little girl.  We never said 'no you can't do it' or 'no you shouldn't' or 'be careful'.  We pushed her and she easily went.  She wanted to do everything that her peers did, and although in many cases, it's taken her longer, she has excelled all of our predictions and dreams.  I remember the Doctor who delivered her final diagnosis to us saying "she may never properly walk, may never run, may never talk or read and write"  Just as I had heard the music in my head before, I knew that she would.  That she would do all these things.  I never once questioned my faith in her ability and her determination and she has proved me right. 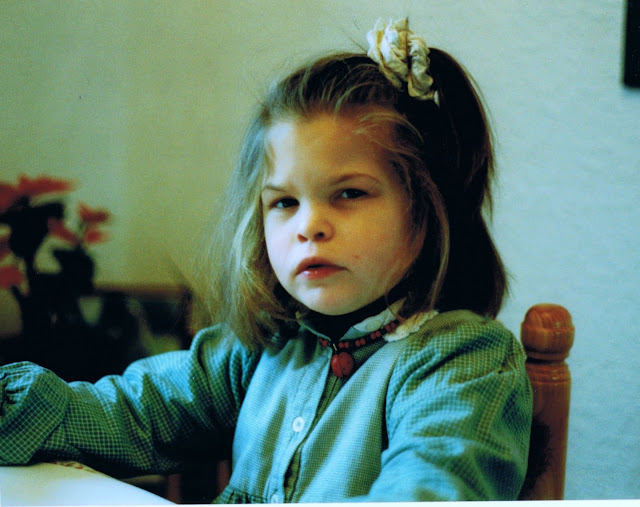 Today she is a young Woman, almost the same age that I was when I brought her into this world.   She is every inch as determined as she was and she still amazes me every day.   A typical teenager in so many ways, which I cherish, and she and I have the relationship that I always hoped that we would.  She is different and she knows it now.  But not in a 'I'm apart from the rest of the world' sort of a way, in a 'I'm special' sort of a way.  Now and then, when she's having a teenage moment and the world seems to be against her, she will tell me that she wishes she were like everyone else, and it just about breaks my heart.  But most of the time, she just knows that she's special, because she's unique, and lovely, and precious.  She's my Libby.  She's my little girl and the only music that I hear now when I think of her is happy, joyful and perfectly in tune. 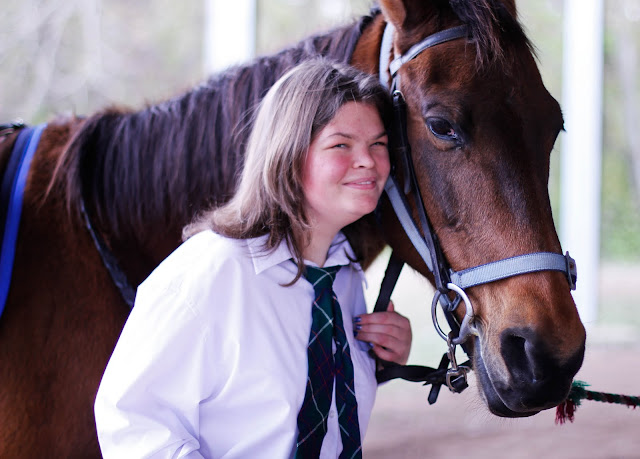 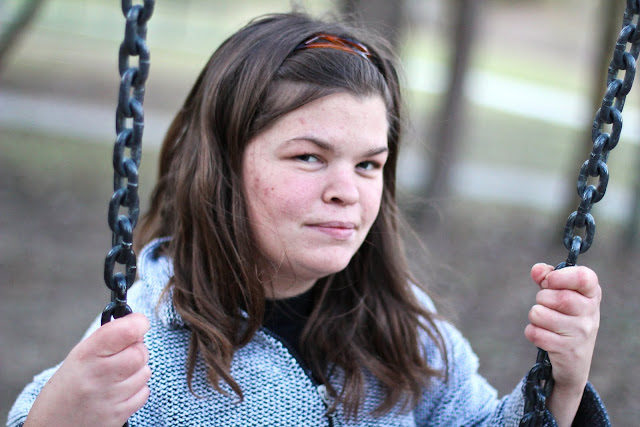 I know that I will take me a lifetime to deal with the emotions that started the night she was born.  I don't know why I was chosen to be her Mother, and I'm not sure if I'll ever feel worthy of that title.  I can think of so many people who I think could have been a better role model for my girl.  Who would have naturally slid into the position that I have probably struggled with my whole life.  It still hurts to remember her birth, her diagnosis, her struggles, I still fall apart when I think about all of this, and I question my ability every day.  But I can unreservedly say that being her Mother has been an absolute privilege and she has made me prouder then she can ever imagine.
Posted by Emma at 8:34 PM