The Eyes Have It

My boy Joe, that's how I think of him, My Boy Joe.  Even when I'm saying Joey, Joseph, or just Joe..in my head, he's always My Boy Joe.  He's like a creamy, melty, soft, yummy toffee.  He smells of warm clean woollen socks, he looks like an overgrown Labrador Puppy and he has the sensitivity of somebody well beyond his years.  He's a thinker, a worrier and our little Professor.  I can't describe my overwhelming protectiveness towards him and when he's sad, there are shadows in my heart.  He doesn't really get upset or sad about the usual 8yr old stuff.  He gets sad about the world, and about people in it who don't care like he does.  He wants to stop and change all the misery and suffering and he truly believes that one day he will.  If ever I believed in anyone, it's him.  In reality, of course I realise that it's not possible to make all things Unicorns and Rainbows, but I love that this is his ideal.  That this is what he is reaching for.

From the moment that he was placed in my arms, I melted.  I think I will always think this about My Boy Joe. I remember gazing at his innocent wide open face with my nose, my smaller features, his Daddys expressions and exclaiming at his eyelashes.  I had never seen eyelashes like his before.  Golden blonde at the top and dark at the tips.  Surely it would be the other way around, it was really sweetly strange.  He still has them and when he looks down, they remind me of  sticks on a beach.  Sandy at the top with the striking darker colour at the ends. Little sand-dunes.  Lovely thick multi-coloured lashes, has My Boy Joe! 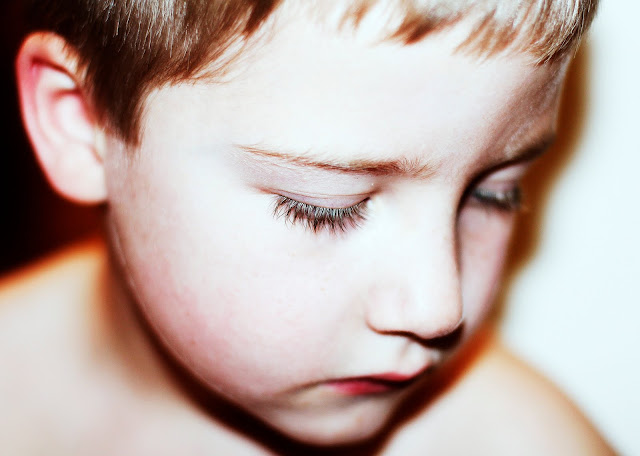 And as if that wasn't gorgeous enough, he also has the most beautiful eyes that I've ever seen in an eight year old called My Boy Joe. 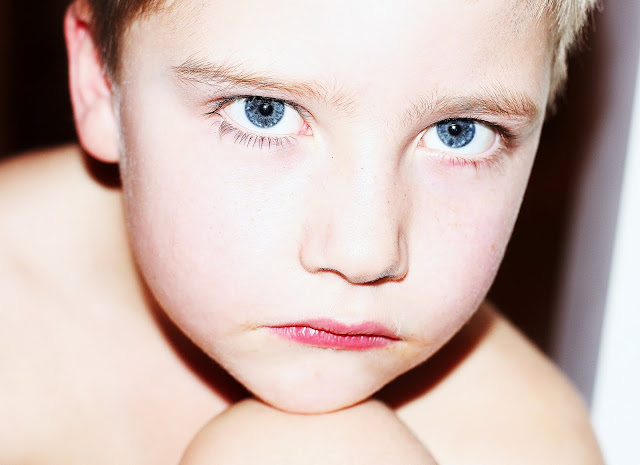 My little fluffy overgrown Labrador boy with the weight of the world on his very small over grown Puppy dog shoulders, and his very serious expressions.  He is happy most of the time, I promise! ;) 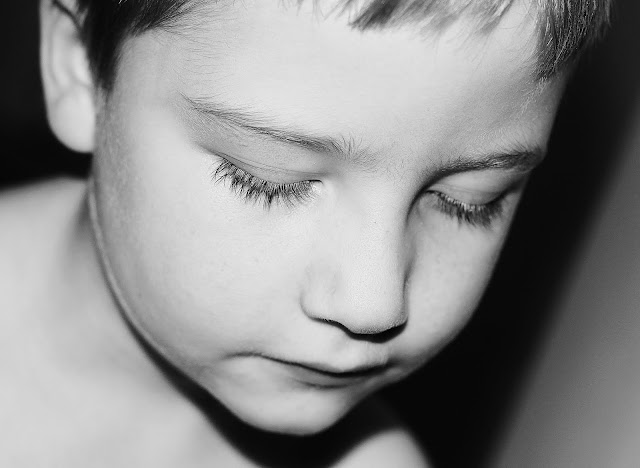 I hope that in twenty years, they'll still be there, those sandy/dark tipped lashes, that are so much a part of  My Boy Joe!
Posted by Emma at 2:27 AM